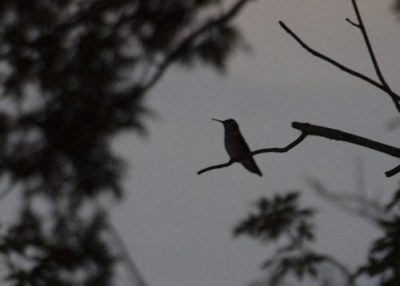 The Power of One – No voice is too small !

The Power of One simply means the power to believe in oneself, often beyond previously demonstrated abilities. 2020 is dominated by Covid craziness but this too shall pass soon. What will not pass without concrete actions from humanity is the climate crisis.

The Paris climate agreement which was signed in 2015/16 by nearly 196 countries pledged to limit global warming to well below 2 degrees celsius by 2030 preferably 1.5 degrees compared to pre-industrial levels. It is a landmark agreement and more importantly a legally binding one.

To limit temperature rise to 1.5 degrees compared to pre-industrial levels, the world need to decrease fossil fuel production by roughly 6% every year between now and 2030. According to Antonio Guterres, UN Secretary General, “the world is going in opposite direction – planning an annual increase in fossil fuel production by 2%”  Clearly, the paris agreement ambitions are not going in the right direction.

Now, we have two choices to make. An easy choice and a right choice. We can blame it on corporate and country leaders for the climate crisis and move on or simply not talk about it at all and pretend climate crisis is not even real. That’s the easy choice. As a consumer of this planetary resources, we can also make the right choice. We can be the differentiator, understand the power of one, create a difference and build a sustainable community.

Most of us are concerned about global warming and are well aware that there is no Plan B or Planet B when it comes to climate crisis. When we constantly hear about flooding coastlines, abnormal weather patterns, raging forest fires, species extinction – it can lead to what experts call a “Apocalypse Fatigue”. While encountering such adverse message time and time again, even well intentioned people who always look for solutions and work towards problem solving starts to feel helpless and start to avoid acting the right way. That’s apocalypse fatigue and that’s what the human species is going through now !

Per Espen Stoknes –  a Norwegian psychologist and economist has done quite a bit of research on this topic and has written a book “What We Think About When We Try Not to Think About Global Warming“, where he explains how we can reframe the debate and turn apocalypse fatigue to societal and personal actions. In his 2017 ted talk, he goes on to say, “the biggest obstacle to dealing with climate disruption lies between your ears”.  It’s the Power of One, he wants us to understand.

To explain the power of this thought process, let me share a story of a hummingbird. Hummingbirds are the smallest of the bird species measuring between 3 to 5 inches. Once upon a time, there lived a hummingbird in a forest in Americas along with a myriad of other plant and animal species. One bad day, the entire forest got engulfed in fire. All the inhabitants went into hiding to save their lives. The tiny hummingbird started flying in full thrust towards the nearby pond, fetched few drops of water in its beak and spit it on a burning tree. For hours, it continued with this act tirelessly. At one point, the fellow inhabitants asked the hummingbird if it is insane and how could it save the forest by fetching few drops of water every time.

The hummingbird politely responded, I may not be able to save the forest through my act. But the consequence is same even if run for my live and go in hiding like all of you do. If I can at least save one tree from burning, it is better than no trees. isn’t it?

The animals realized their mistake, immediately ran towards the pond led by a large elephant herd. After hours of firefighting, the species managed to save a small portion of the forest from burning and started building their habitat. Over time, nature took over the barren land and there formed a dense forest yet again.

Clearly we have opportunity to make a right choice on our daily lives that will have a huge impact on the planet. Key is to understand the power of one and start acting now. No voice is too small. We should believe in that.

This website uses cookies to improve your experience while you navigate through the website. Out of these, the cookies that are categorized as necessary are stored on your browser as they are essential for the working of basic functionalities of the website. We also use third-party cookies that help us analyze and understand how you use this website. These cookies will be stored in your browser only with your consent. You also have the option to opt-out of these cookies. But opting out of some of these cookies may affect your browsing experience.
Necessary Always Enabled

Any cookies that may not be particularly necessary for the website to function and is used specifically to collect user personal data via analytics, ads, other embedded contents are termed as non-necessary cookies. It is mandatory to procure user consent prior to running these cookies on your website.

Interested in Our No Nonsense - Monthly Agile & Sustainability Newsletter?